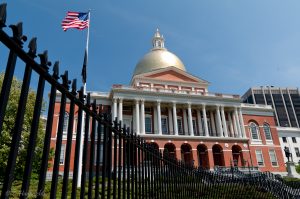 In contrast to the excitement of election season, MassInc recently called out Beacon Hill for its performance this year.

In Bruce Mohl's article, "Beacon Hill's snail pace of action," he notes that 10 months into the two-year legislative session many important topics have been discussed, but few substantial bills have been passed. Out of 104 bills passed, only 11 focused on substantive matters, those not related to local issues or sick leave banks for state employees. Of the 11 bills, the most important was the 2016 fiscal budget which included policy changes to MassDOT and created the MBTA Fiscal and Management Control Board.

One of the most important issues on the table has been the opioid crisis, however the hearing for the governor's bill is just two days before the legislative session will end for the year. Other topics that will have to wait until next year include energy issues, lifting the charter school cap, and regulation of ride-sharing services. Upon returning in January, legislators will have about seven months to work on these and other bills before starting their reelection campaigns.

Despite the glacial pace on Beacon Hill, the governor is hopeful for progress and acknowledges the hard work and dedication of the legislators in tackling these important issues.

Please join us Tuesday as we welcome  State Senator Jennifer Flanagan, Chair of the Mental Health and Substance Abuse Committee, and Elizabeth Mahoney, Policy Director for Governor Baker, for an in-depth discussion on opioid legislation in Massachusetts.

As opioid addiction has become a major problem in our communities, it is important that we learn more about the steps being taken at the state level to combat it.

State Senator Jennifer Flanagan is currently leading the fight against opioids and substance abuse in the Massachusetts legislature. In addition to numerous other committees, she is the Chair of the Senate Special Committee on Opioid Addiction Prevention, Treatment, and Recovery Options. She has filed Substance Abuse Recovery legislation which increases opportunities for long-term substance abuse recovery in the Commonwealth by supporting a continuum of care and removing barriers that stand in the way of effective treatment.

Senator Flanagan received a Bachelor's degree in Political Science from the University of Massachusetts, Boston and a Master's of Science in Mental Health Counseling from Fitchburg State College. After serving in the House of Representatives, she was elected to the State Senate in September of 2008 and represents the Worcester and Middlesex District. Senator Flanagan is on the Board of Directors for Women in Government Caucus. She is also a member of the Regional Transportation Authority Caucus, the Gateway Cities Caucus, the Non-Profit Caucus and the Foster Care Caucus.

Elizabeth Mahoney is the Policy Director for the Baker administration. She is Governor Baker's point person on opioid policy and played a vital role in preparing the governor's recent opioid legislation. His bill would provide medical personnel with the power to intervene with patients suffering from addiction, control the spread of addictive prescription opioids and increase education about substance use disorder for providers and in the community.

With one year to the presidential election, political analysts Mara Dolan and John Sivolella provided insight into the candidates at our November meeting.

Bottom line: Clinton will emerge as the Democrat's nominee, and it remains anyone's guess who the Republicans will nominate.

If you missed the meeting, here are brief excerpts.  Dolan is a Democratic analyst on radio and TV and a member of the Democratic State Committee. Sivolella is a Republican analyst and political science professor at Columbia University.

Who wins the New Hampshire primary for Democrats and Republicans?

Sivolella:  Clinton has the organization, even if Sanders is doing well in the polls ... Trump is still leading, but the establishment people, like Bush and Rubio, are still hanging around.  After the New Year is when things will really kick in.  I think Trump potentially. Bush might be like the dark horse.

Dolan: I do think Hillary Clinton is going to be the nominee, and I thought that a long time ago.   I think Bernie Sander's hopes ended with Larry David's caricature of him on Saturday Night Live.

Dolan: I think it has run its course. I don't think people care that much. The people who are on the fence, I'm not sure how much they care. It was a big kerfuffle.

Sivolella:  There could be more that comes out on the email scandal. At a time when we have a lot of hacking issues and cyber crime, she's running an email server out of her basement. She won't be prosecuted by [the Obama Justice Department] ... but the drip, drip, drip of it has hurt her.

On the GOP candidates complaining about the debate formats

Mara: After the Benghazi hearing and Hillary Clinton sat there for 11 hours listening to largely idiotic questions, and the Republicans spent a couple of hours at a debate, it made them look thin-skinned...

Sivolella: It shows the national GOP has no leader and no discipline in the ranks.  It's indicative of a bigger problem the Republicans have right now ... If they are tough and fair questions, and you don't have an answer, that's your problem.  You cannot be on that stage and not be prepared.

On the Electoral College and running mates

Sivolella: There will be seven or eight states in play.  People are saying Rubio and Kasich, because you have Florida and Ohio.  [Senator Marco Rubio is from Florida and Governor John Kasich is from Ohio.]

Dolan: It's really important to have a running mate who is a heavy weight.  I've heard people say authoritatively that he [Julian Castro, U.S. Secretary of Housing and Urban Development and former mayor of San Antonio, Texas] is going to be her running mate, but I don't know.

On the influence of money and super PACs this election

Dolan: I'm optimistic about the future of politics, and I think there are positive trends, and the one I find the most encouraging is the move toward transparency ... So at least if we don't get rid of super PACs, we know who is behind them.

I also think that some of the appeal behind Donald Trump is he is largely self-funded, but that's also one of the problems with campaign financing.  You shouldn't have to be wealthy to run for president.

Sivolella: On the regulatory side, the Federal Elections Commission was originally designed with six people, three from each party. So you basically have nothing done; no regulations promulgated. Super PACs are growing and growing more powerful.  Super PACs are going to play a huge role, and in terms of the political aspect, I'm not sure how great that is.