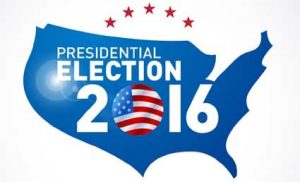 Members of the Nashoba Valley Chamber participated in an online survey regarding the Presidential race last month.  Here is what members think with comparison to actual results from the Massachusetts Primary held on March 1st. 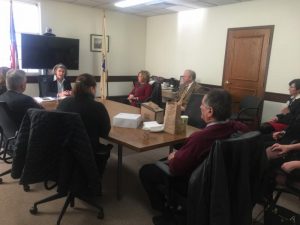 What happens with the Chamber visits the judge's chamber?  It turns out, a lot of very interesting and potentially productive connections are made.  And no bail money was needed!

The Public Policy Committee sat with Ayer District Court's Presiding Justice, Elizabeth Cremens, for 90 minutes in the judge's chambers on March 1.  The meeting struck upon opportunities for partnerships between chamber members and the court in tackling some of society's toughest issues.

Presiding Justice Elizabeth Cremens briefed the committee on the inner workings of the court, with a special attention to its mediation and drug-offender programs.  Judge Cremens showed particular interest in hearing from health care providers about drug-treatment programs and providing assistance to probationers struggling to find jobs.

Action items from the meeting:

April Public Policy Preview - April 5th at 8:00am - The Fight to lift the Charter  School Cap. 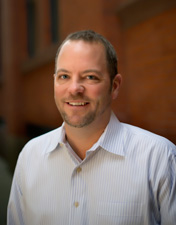 Our speaker will be Will Keyser from Keyser Public Strategies.  Will is a consultant for Great Schools Massachusetts and will be speaking to the Chamber on the expansion of charter schools in Massachusetts. This highly charged issue could be an initiative on the ballot in November; the proposed ballot measure would allow for the creation or expansion of 12 charter schools per year, with a preference for proposals in the lowest-performing districts.

Will Keyser is the President of Keyser Public Strategies. Currently, Mr. Keyser's firm represents a range of corporate clients including AT&T, Bain Capital, Penn National Gaming, and the Retailers Association of Massachusetts. In addition, he served as a key strategist on Governor Charlie Baker's successful 2014 campaign.

The Chamber will be meeting with Representatives and Senators on Beacon Hill to build relationships and advocate for the Chamber's public policy positions.  More to follow!